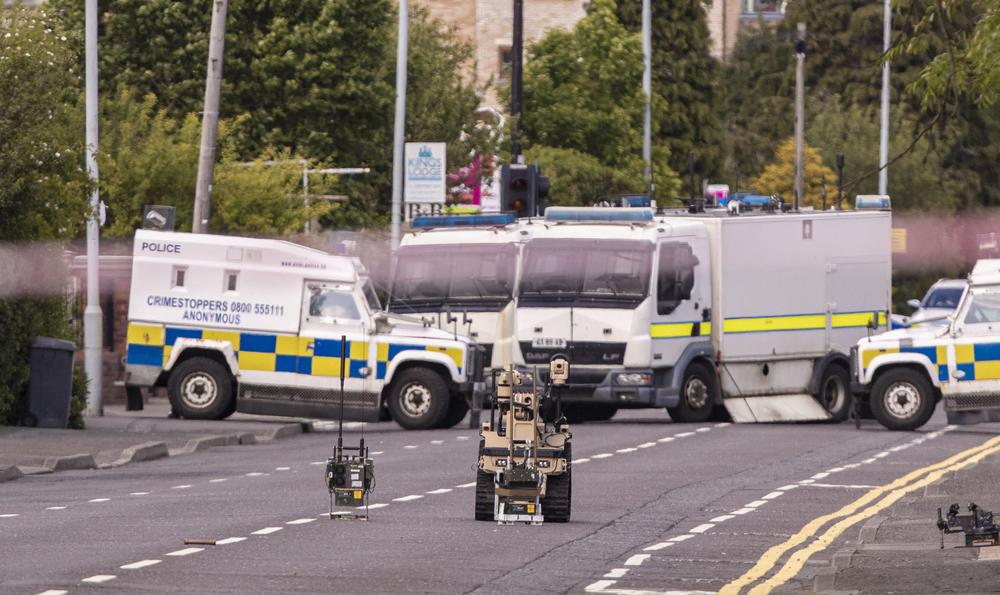 A viable device was discovered during a security alert in Belfast on Friday evening.

Police and Army Technical Officers (ATO) attended the scene on the Upper Lisburn Road, near Finaghy.

The device was discovered on the footpath and after examination by ATO was declared viable, it has now been removed for further examination.

The Upper Lisburn Road has now reopened to traffic.

Justice Minister Naomi Long said that leaving an explosive device in a public place is “beyond reckless”.

“Those responsible have no regard for human life. They are motivated by a need to create fear and disruption in our community and they do not care if innocent people are injured or killed as a result of their cowardly actions,” the Alliance leader said.

“Thankfully, due to the swift actions of the public and the professionalism and expertise of the ATO and police, a potentially serious incident has been averted.”

Detective Sergeant Gardiner said the device could have easily been discovered by children.

“I’d like to thank local people, who have had their evening disrupted, for their patience as we worked to make the area safe,” he said.

“The device was found on a footpath, where anyone – including children – could easily have come across it.

“This was a wicked and cowardly act, with potentially devastating consequences, and we are working to establish a motive and identify those responsible.”

He appealed for anyone with information to come forward.

“I am appealing to anyone with information, or who noticed any suspicious activity in the area, to contact detectives on 101, quoting reference number 1287 of 05/06/20,” Detective Sergeant Gardiner said.

A report can be made using the online reporting form via www.psni.police.uk/makeareport

Information can also be provided to Crimestoppers anonymously on 0800 555 111 or online at www.crimestoppers-uk.org