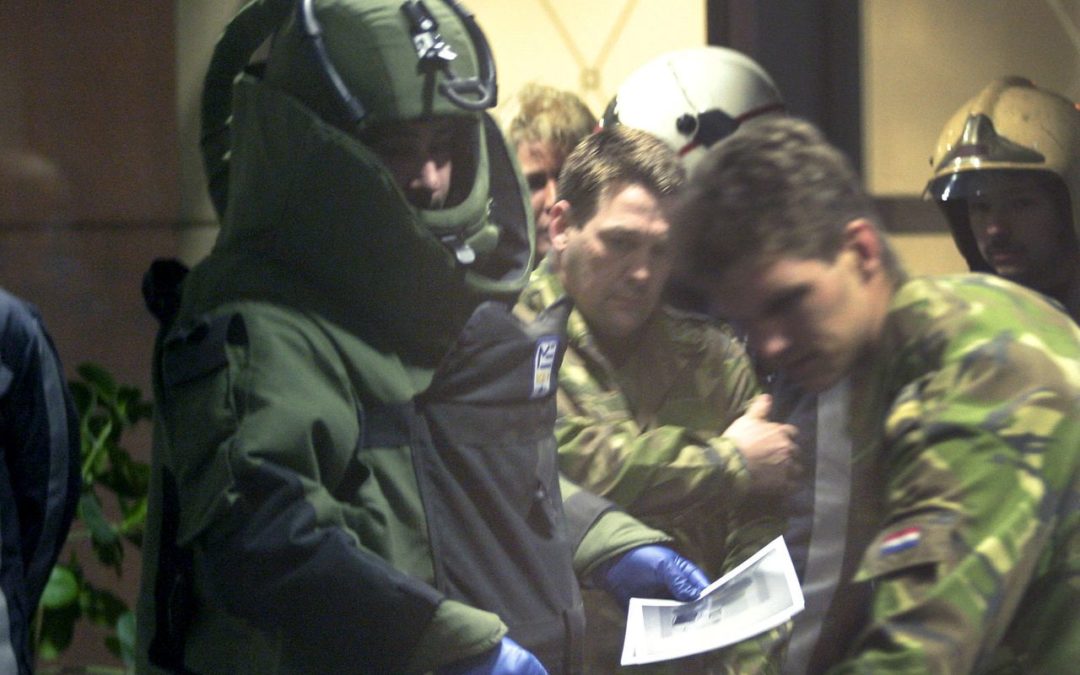 Several European institutions received bomb letters from the Italian city of Bologna in December 2003 and January 2004. Fortunately, the bomb letter addressed to Eurojust was discovered in time by Eurojust’s security.

In addition to Eurojust, bomb letters were also sent to Europol, the European Central Bank (ECB), the home of Commission President Prodi and the European Commission building. There were no injuries in these attacks.

Anarchists behind the attacks

The bomb letters were sent by Italian and Greek anarchists. The explosives were packed in a book-sized package but failed to pass Eurojust’s security check. After an alarm, the EOD investigated the package further and rendered it harmless. At the time of this incident, the office was virtually unmanned, so there was no major eviction.

Many media, including CNN, BBC, the Guardian, De Standaard en NU, have paid attention to these incidents.

Afterwards, a congress was organized in early 2004 where all parties involved joined forces to protect European organizations even better against this threat.