Overview of Dutch bomb letters in 2020 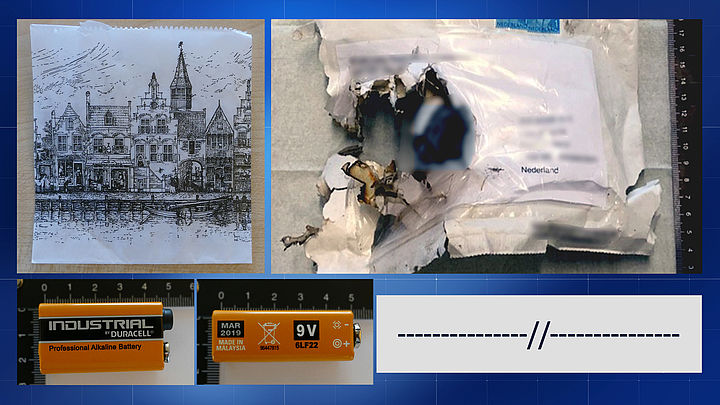 Some were only a warning letter, but some also exploded. In total, ten different companies have received threatening letters since the end of 2019.
The sender has not yet been arrested and therefore not yet known. It is an extortion case where the perpetrator demands bitcoins from the companies to which he sent the letters.

It is worrying that the perpetrator has not yet been arrested. So take into account a follow-up to these attacks when the offices reopen after the crisis!

Where and when have the bomb letters been delivered so far?

January 2, 2020
Immediately on the first working day after New Year, a bomb letter was discovered at a number of companies on 2 January 2020. This concerned a hotel and a petrol station in Amsterdam, a real estate agency in Utrecht and a car company and petrol station in Rotterdam.

January 3, 2020
A day later, the Okura hotel in Amsterdam also appears to have received a bomb letter. The explosives did not go off, but could have caused serious bodily harm, according to the police.
The ABN Amro bank in Maastricht does not receive a bomb letter but a warning letter without explosives. The letter comes from the same sender, but the police do not release anything about the contents of the letter. Another company in the Limburg capital is lucky: an explosive intended for the company was returned to the Centraal Invorderings Bureau (CIB) in Rotterdam, where it caused fire damage. Most letters were sent on behalf of the CIB, which itself has nothing to do with the extortion case.

January 10, 2020
A new bomb letter was found at a PostNL sorting center in Amsterdam.

February 13, 2020
A suspicious letter is found at Unisys in Leusden. The Defense Explosive Ordnance Disposal Agency has defused the letter.
At the ING on the Bijlmerdreef in Amsterdam Southeast, another bomb letter explodes. Nobody was injured.

The sender changed the working method after the letters he sent in January,
The bomb letter is thicker than a normal envelope and has the CIB, which is located in Rotterdam, as the sender. The sender’s contact information is false and pasted on the envelope rather than printed on the envelope as is common practice at a large company.
The bomb letters sent in February 12 have the fictional company Skysence Trading as the sender on the plasticised part of the envelope. However, the address used for this is an existing address in The Hague. The envelopes have two blue stamps.

We can conclude that the sender sends threat and bomb letters to Dutch companies on a relatively large scale. The person is well acquainted with the production of these bomb letters and changes his working method, making him less predictable.

The perpetrator has probably not yet reached his target and has not yet been arrested by the police. So there is a real chance that a new wave of attacks will follow after the Corona crisis, the offices in the Netherlands open again.

You can download a poster / info graphic on this website free of charge with which you can recognize most bomb letters.

More information can be found on the Dutch website of the police, where a special page has been set up for this case.