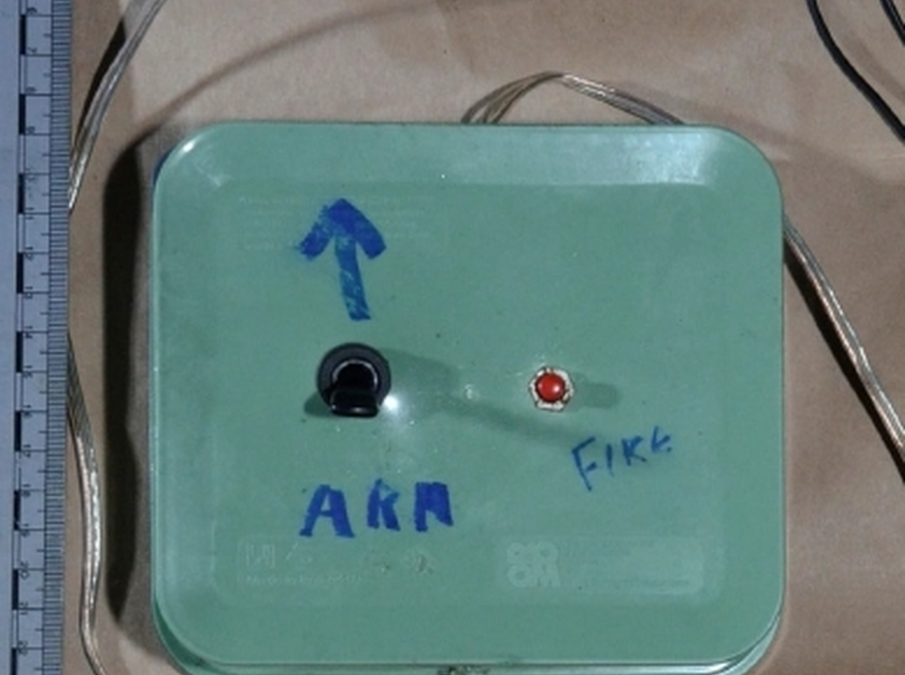 A bomb found during a PSNI search operation in Londonderry is believed to belong to the New IRA and was fully primed and ready to be deployed.

Police also seized a handgun and ammunition during the searches in the Ballymagroarty area on Friday and Saturday.

The police believe the handgun is the same type of weapon used in the murder of journalist Lyra McKee last year.

It is a main line of investigation that the weapons belong to the New IRA.

Derry City and Strabane District Commander Emma Bond said: “This operation was designed specifically to find items we believed were being stored by violent dissident republicans in the Ballymagroarty area and which posed a serious and imminent risk to the community.

“We were able to locate and safely remove a command-wire initiated bomb, a handgun and a quantity of ammunition. A strong line of enquiry is that these munitions belong to the New IRA. They have now been seized and will be subject to rigorous forensic examination in the coming days and weeks.

“The weapon found appears to be of the same type and calibre as the gun we believe was used to murder Lyra McKee, however at this time we are not in a position to say whether this is the murder weapon.”

DC Bond said the gun will be subject to extensive forensic testing in the coming days and weeks to determine if there is a link between the weapon and Lyra McKee’s murder.

She added: “The fact that these items were left close to a populated area, and particularly on land where children are known to play, yet again underlines the total lack of regard these violent terrorist criminals have for their own communities.

“These people are so singularly focused on murdering police officers that they do not care if others – men, women, children, families – are caught up in their evil plots. The community is simply collateral damage.”

The senior officer said violent dissident republicans are “immersed in a constant campaign to kill police”.

“This is the reality we live with every day, and yet everyday police officers come into work, they go out into communities like Ballymagroarty and they work to build relationships and tackle the issues that matter to local people,” DC Bond said.

“I welcome that these deadly items have been safely recovered, but share the concern voiced by others at the reckless disregard of the Dissidents in leaving weapons of harm in a community area,” he said.

“Those who primed this bomb had the likely intent of killing our police officers, but they really have no care about anyone else who may be harmed in the process. Despite the clear threat faced, we thank our officers for their continued work in the community to tackle and respond to issues of public concern.

“The police need the support of the public to stop further acts of terrorism. If anyone has information that may help the police please report it to the police or anonymously through Crimestoppers.”